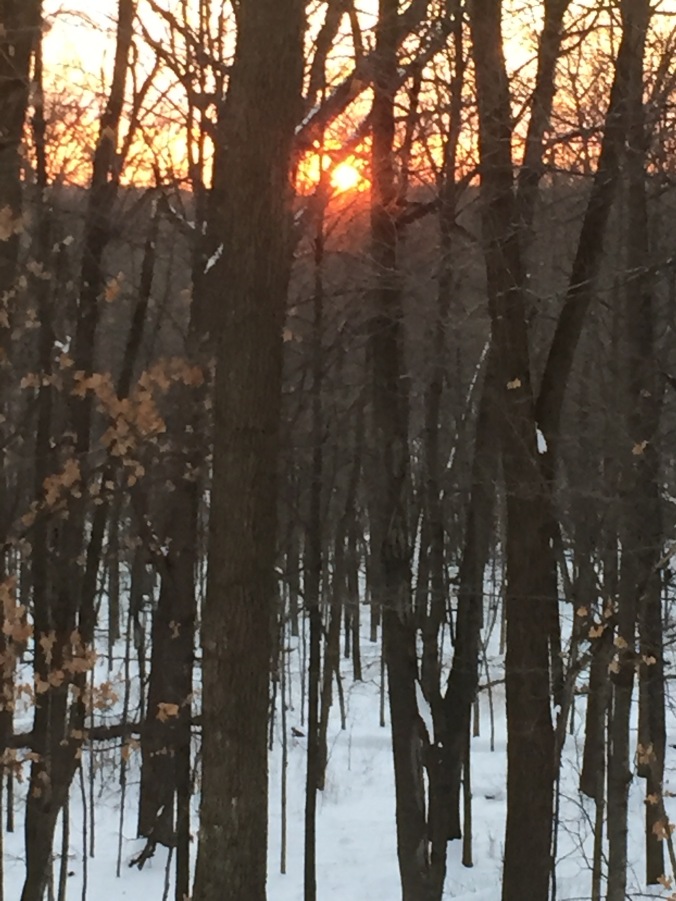 I was up before dark this morning, as I am almost every morning. But today I was caught by the beginning light, and I stopped to watch the sunrise.

I kept checking to see if I was mistaken, but it became increasingly clear how far north the sun has moved. Or, more correctly how much we have moved toward the sun. Every day this week the sun rises one minute earlier, and sets one minute later. By now it’s enough extra light to mean the dogs get a run in our favorite woods rather than a mundane walk.

I have dogs to feed, reports to read and meetings to attend, and an unfinished novel. My days are mostly the same.

Still, the cosmos moves in its slow turning toward spring.

Meanwhile there’s still time for a blizzard. It’s what I want for my birthday.