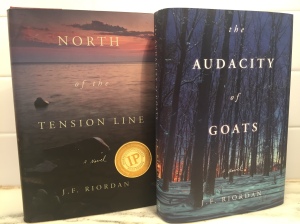 After multiple treatments, Moses still smelled like skunk around his eyes and muzzle. I couldn’t put any of the harsher treatments near his eyes, so we went with the old- 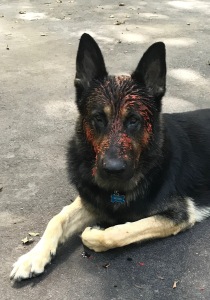 Moses made it quite clear that this was beneath his dignity, but after he had wiped his face on Pete and splattered tomato paste all over Auggie, he contented himself with licking off some of the residue. He got several very big pieces of chicken for his patience. And he actually smells better too.

Meanwhile, I think we have his Halloween costume in the bag.

QUICK NOTE: If you would like to read my first novels in preparation for the release of the third in the series, Robert’s Rules, next spring, they are both on sale for $1.99 each on Kindle this month. 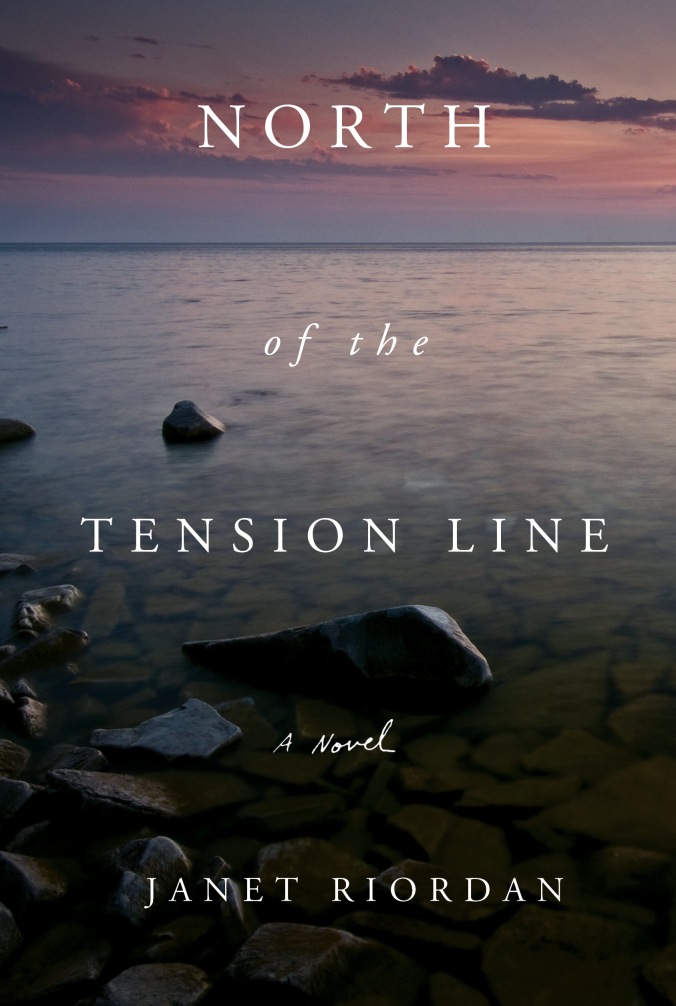 North of the Tension Line is on the Target website. Would you please give it a four or five star review?

And if you haven’t already done so at Amazon and Barnes and Noble, would you be so kind?

Books that receive good reviews get noticed and re-ordered.

I’d be grateful if you’d bring along a friend, too.

It’s an amazing thing to find out that the words you put on a page have become a book. And here it is, a beautiful new addition to the set. 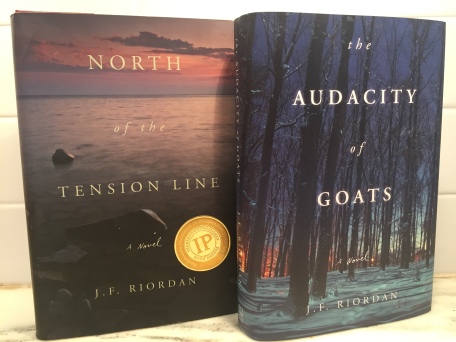 Ready to find out what happens next?

THE AUDACITY OF GOATS 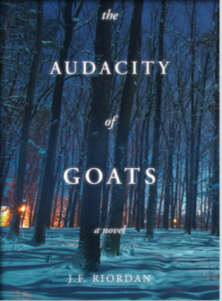 Book Two in the Award-winning North of the Tension Line Series.

[New York, NY] Second in the award-winning North of the Tension Line series, The Audacity of Goats (Beaufort Books, April 2016) is the continuing tale of Fiona Campbell, and her reluctant adventures among the pleasures, mysteries, and exasperations of life on a remote island.

J. F. Riordan has been called “a modern day Jane Austen” for her lyrical prose and rich characters. Her books are a tribute to small town life and the beauty of the ordinary. Peopled with sharply drawn characters whose experiences are by turns serious, mystical, and ridiculous, The Audacity of Goats brings into sharp focus the pitfalls and vicious politics that prevail in small towns everywhere.

In an age of celebrity, this series honors the well-lived life of the common man and woman. Its protagonist, city-bred Fiona Campbell, is a strong-willed, independent woman with an intellectual bent, and a sense of irony that comes in handy during her frequent lapses into public humiliation. Although she doesn’t quite fit into her adopted community, her resolute attempts are wryly observed—and endorsed—by her circle of vaguely eccentric friends.

Elisabeth and Roger are not yet back from their honeymoon when a series of unsettling nighttime incidents leave the islanders uncertain whether they are victims of an elaborate teenage prank, or whether there might be a malevolent stranger lurking on the island. Out-of-state owners of a new goat farm seem to consider themselves the self-proclaimed leaders of the island; Pali, the ferry captain, is troubled by his own unique version of writer’s block; and Ben, the captain’s ten year-old son, appears to be hiding something. But it is only when the imperturbable Lars Olafsen announces his retirement, and Stella announces her candidacy for his office that the islanders realize trouble is brewing. Fiona must decide whether it is time to leave the island for good, or to make another reckless gamble.

The Audacity of Goats is literary escapism that will appeal to both adults and young adults, in a return to characters who feel like old friends amidst the picturesque and mystical way of life North of the Tension Line.

ABOUT THE AUTHOR: A transplanted Midwesterner, J. F. Riordan lives in exile from Washington Island with her husband and two and a half dogs. She blogs at http://northofthetensionline.net

My Aunt Ruth, whose sudden stroke a few weeks ago caused us to drop everything and run to her side is home again. I spoke with her on the phone this weekend, and she is filled with joy to be home, speaking normally, and in the company of kind and affectionate people.

That woman is a fighter. And on Friday, God willing, she will be 96 years old. My sister and her husband and son are going to see her next weekend, so she will have a celebration.

Don’t tell her, but on her birthday morning she will receive a bouquet of 96 pink roses.

She has earned every one, and then some. 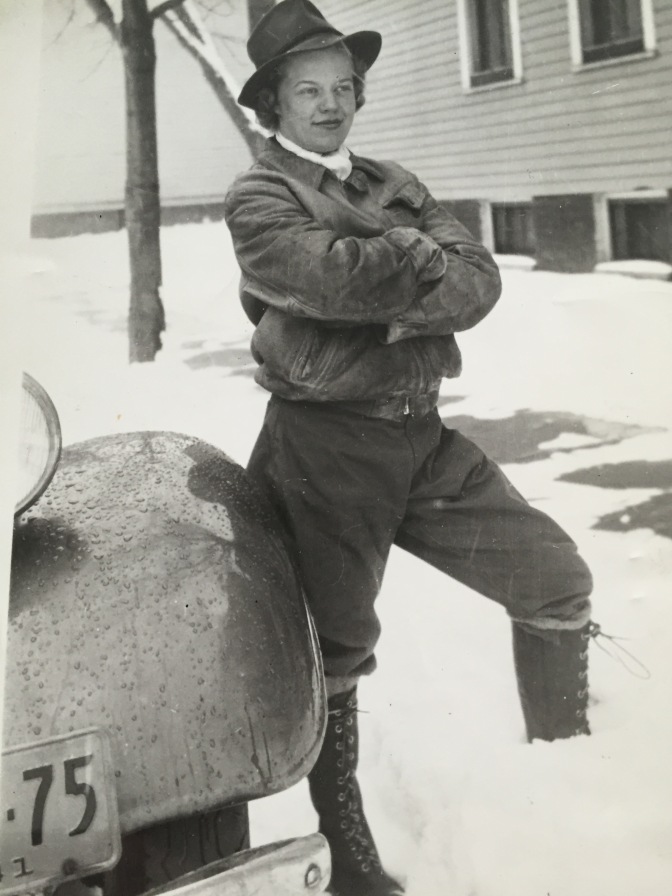 For some reason, my husband decided yesterday to take Moses to the barber shop with him.

Perhaps one factor may have been that the night before Moses had had a rather thorough bath, complete with shampoo and conditioner, as opposed to the daily rinse in the dog shower he usually gets to clean his feet. He smells good now, and he’s all soft and shiny, and this seemed like an opportunity to give him a good brushing. Thought for the day: Never brush a wet dog. Especially not in the house. No, not even if it’s really cold and miserable outside.

German Shepherds are a breed that have a spring molt, which is referred to as “blowing their coats”. An odd expression, I thought, in my innocence. But that was before. Now that he is four, and officially fully mature, Moses is having his first real blowing-of-the-coat, and I have come to think that whoever coined the phrase had a gift for understatement. Moses’s long black hair with its creamy roots is coming out in massive tufts which do, indeed, blow. Everywhere.  Piling up in insane quantities in the corner behind the kitchen door.  Stuck to the stamp on the Easter card I sent to my aunt.  Appearing, unexpectedly—and disturbingly— in my coffee cup at work.  But this was nothing compared to the wet dog hair that he and I, together, artfully distributed about the mud room, on the white kitchen cabinets, and on my person. There is no broom, no vacuum, no lint roller sufficient to the task. It’s like glue, and your only hope is to wait for it to dry and then wipe it off with a dry rag.

NASA ought to look into potential applications.

In any case, and for whatever reason, Moses had a trip to the barber shop. He was permitted to wander around and sniff at things, he obligingly lay on his back to have his tummy rubbed by several admirers, and when asked, he lay quietly on the floor nearby while my husband had his hair cut, all amidst the chaos of dryers, and razors,  and customers coming and going. He was, in short, a very good dog.

It would have been nice if a trip to the barber shop had resulted in a bit less dog hair, but I suppose I should just be grateful that he was shedding somewhere else for a while. 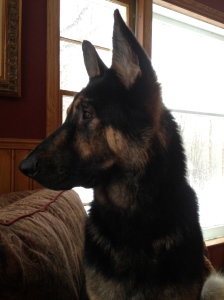 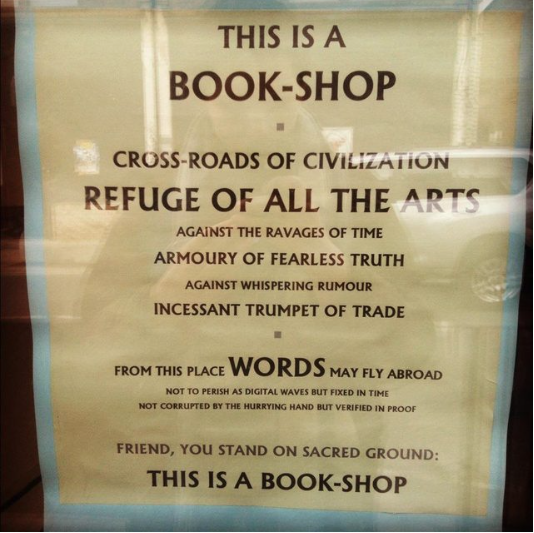 One of my favorite new friends in the world of books is Peter Sloma at Peninsula Bookman in Fish Creek, Wisconsin. He is a serious book person, with a serious store: the kind you can’t get out of without buying half a dozen things you didn’t know you needed. He has been particularly supportive in offering advice and connections to a first time author, and he has included in me in his Wisconsin Writers’ events, which are worth coming to, and not just because I’m there, although that’s certainly a key element.

Peter has been kind enough to host the Door County launch of my new book the weekend of the Door County Half Marathon. So, if you are on the Door on June 4th, 2016, please stop by that evening to celebrate the publication of Book Two in the North of the Tension Line series, The Audacity of Goats.  You can come to meet me (in case you want to), and, more important, to support one the world’s increasingly endangered endeavors: a local bookstore.

And I’m sure he’d be happy to accept your order for a pre-sale! 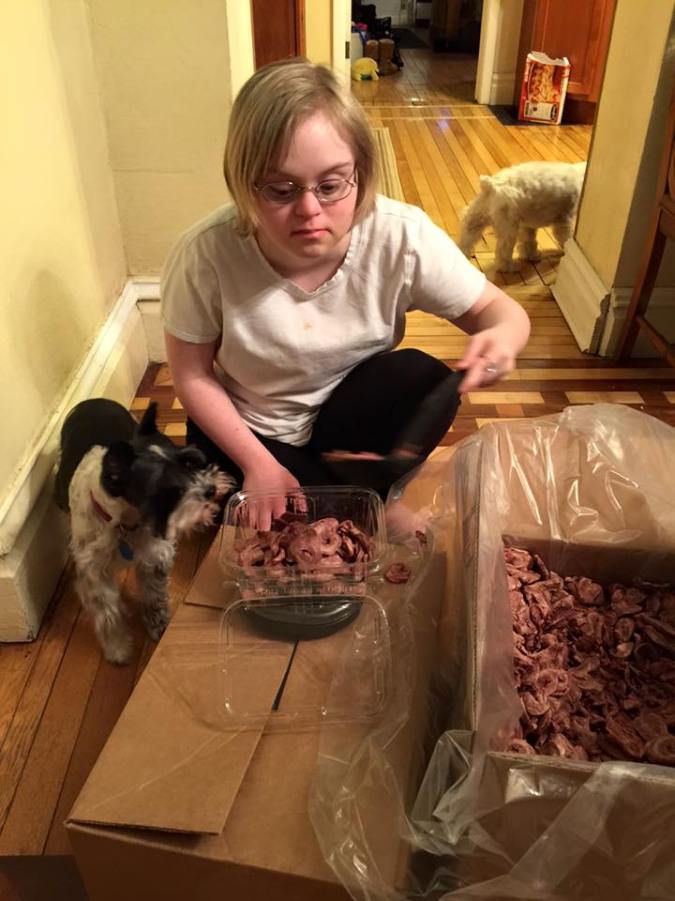 A friend of ours has a beautiful daughter named Gracie. Gracie, who has Downs Syndrome, loves dogs, especially her three miniature schnauzers. She has just started a new business, Gracie’s Doggie Delights, which produces and sells home made dog treats. Every time a sale is made–through an Amazon portal, which makes it so easy–Gracie’s phone dings, and she is absolutely delighted.

If you have a dog you love who would appreciate some home made treats, stop by, and give Gracie a very happy day. 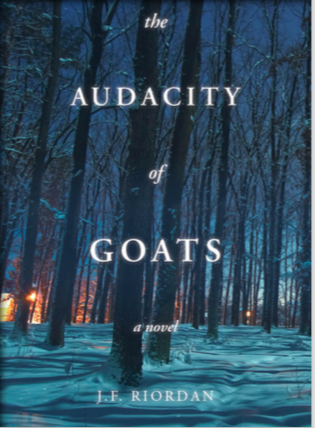 Are you still there? I apologize for the long silence, but I was getting my life in order so we can put book two to bed and start work on book three.

Book two in the North of the Tension Line series, The Audacity of Goats, will be released by Beaufort Books on April 29, 2016. It is available now for pre-order at your favorite bookseller.

Working now on final proofs, and then it’s on to Book Three.

I promise to be a better correspondent. 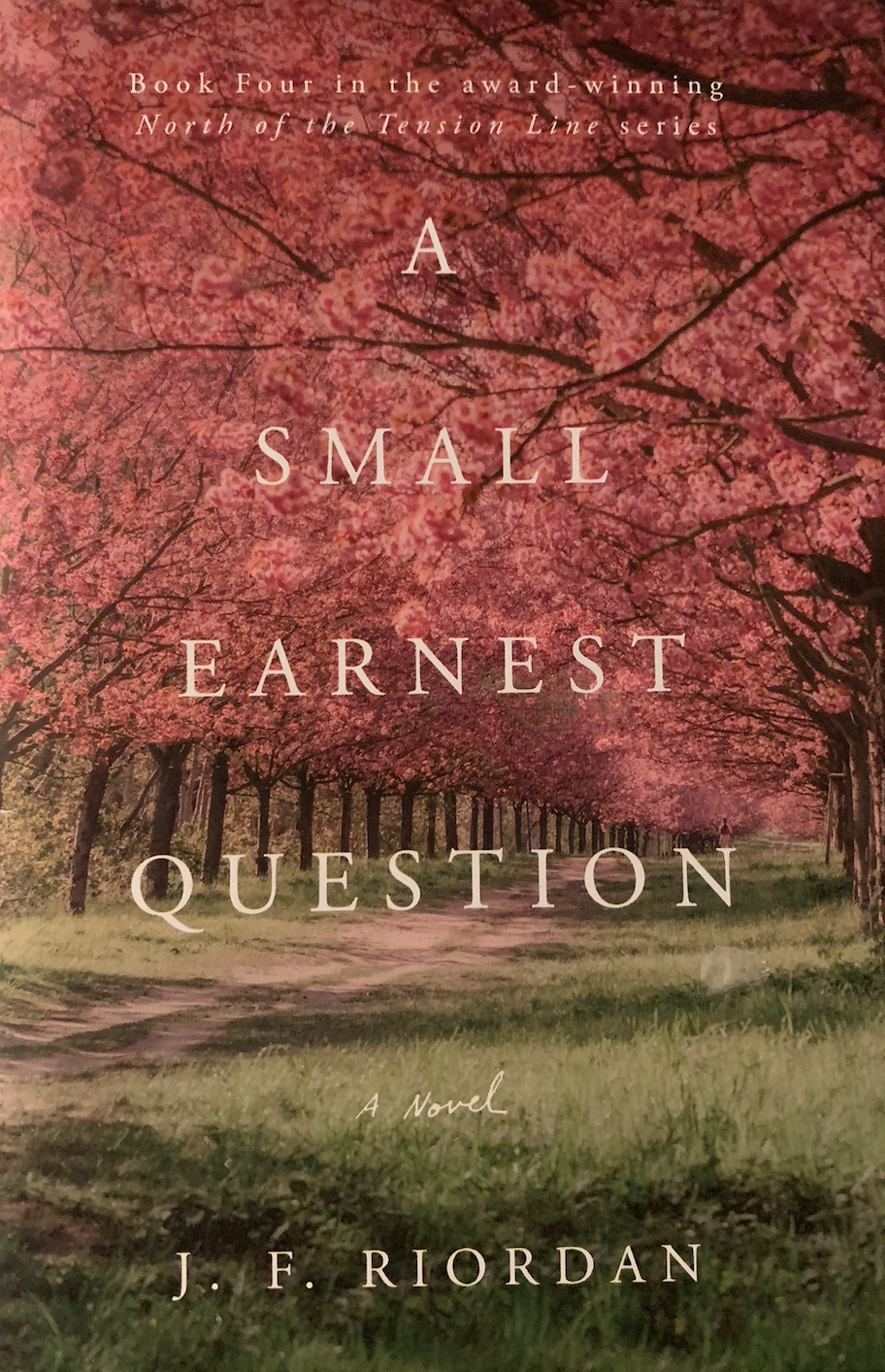